Just got my new baby! The game changes again! 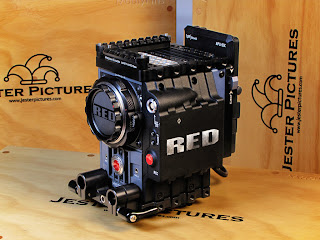 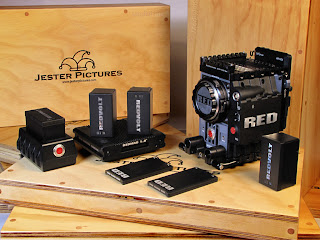 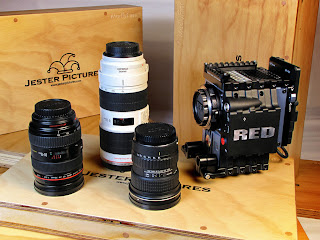 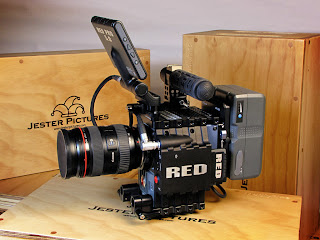 Posted by JesterJJZ at 3:52 PM No comments: 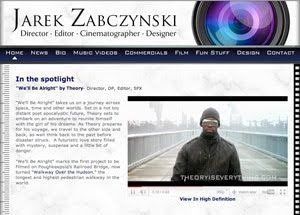 I can finally say that I've taken some time to put my site together. jarek.com is now live! I've had the domain for a while but didn't really know what to do with it. I've been using my company site, jesterpictures.com, for just about everything up until now. However I really wanted to distinguish myself as a director and my work specifically, separate from my company and the projects I work on there. That site is next for an overhaul. I'm sure both sites will share certain content, but jarek.com will be the site I dedicate to my own career in particular.
The site is still pretty early in development, but I think it's off to a nice start. Not bad for one night eh?
Posted by JesterJJZ at 5:05 PM No comments:

"Single Drop of You"

A note from the filmmaker: "I'm a huge fan of director Michael Bay (Armageddon, Transformers). I make it very important to make sure I have great visuals. Film is a visual art form first and foremost, it needs to look good. I've always been drawn to things that seems slightly over the top, a little dreamy, dramatic, etc. I wrote Adam's musical film as somewhat of a modern day fairy tale where these two people meet and almost magically fall in love in an altogether too perfect fashion. It's best if you just sit back and enjoy the ride".

Adam Pascal and Larry Edoff's new album Blinding Light is described in press notes as "an exhilarating collection of songwriting matched with the passionate, fiery musicianship that trademark both Pascal and Edoff's solo albums. Broadway star Adam Pascal and songwriter Larry Edoff combine Pascal's unmatched vocal range - from aching and suave to raw and explosive - with Edoff's flawless musicianship and vast musical vocabulary where jazz and rock meet touches of world music twinged with classical. Highlights include Pascal's gritty vocals that perfectly embody the edgy lyrics in the rock song "Turn the Lights On." In titillating contrast is the sassy and suggestive duet "Call Your Bluff," where Pascal and Rent co-star Daphne Rubin-Vega intertwine in a Brazilian-Argentinean tango. "Just Like I Am" is a standout, with Pascal and a chorus of gospel singers begging for love despite imperfection. Edoff's vocal depth and emotive honesty soar in "Will I Drown," a call for help as the world speeds out of control. The result is an album of unsurpassed stylistic range and lyrical depth that carries the alternative-rock genre to new creative heights".

Adam Pascal made his Broadway debut playing the HIV-positive rock guitarist "Roger" in the ground-breaking new musical, Rent. His performance in Rent was called "the golden-voiced, meditative soul" of the show and earned him a Tony nomination, a Theater World award, and an Obie Award. He went on to originate the role of "Radames" in the Elton John and Tim Rice musical Aida and play "Emcee" in the final Broadway performances of Kander and Ebb's Cabaret. Eventually, he ventured into the world of film to appear in SLC Punk, School of Rock, Temptation and reprised his role in the film version of Rent, directed by Chris Columbus. In 2000 Pascal returned to his rock roots with a solo recording contract on Sh-K-Boom Records. He released two solo rock albums, Model Prisoner - for which he wrote 10 of the album's 12 songs - followed by Civilian, inspired by his children and the effects 9/11 had on his family and the world. In 2006, he formed the band, "Me and Larry" with fellow musician Larry Edoff. The two musicians began composing and performing original material and reworked Broadway songs in small venues throughout the US which led to Pascal winning the 2007-2008 Golden Icon Award for Best Small Venue Concert. The band's first CD, Blinding Light, was released in May 2008 on Pascal's own label.

Jarek Zabczynski has also directed the music video for recording artist Theory. The video, titled "Change" went on to win a BET Award for "Most Inspirational Music Video for an Independent Artist" in 2008. He was also the lead editor on a music video for DefJam for their artist Chrisette Michele. The song is titled "Love is You." Upcoming projects include a second video for Theory and a music video for another independent artist named Anthony Melillo.

For more on Me and Larry visit, www.meandlarry.com.

For complete credits and more on Jarek Zabczynski visit, www.jesterpictures.com.